Are you aware that 23% of users abandon an app after one use? Well, the data released by Localytics clearly reflects that no matter how much effort you put in app ideating, conceptualizing, developing, and finally launching if it does not hit the right user base it will be abandoned soon.

Before developing an app, the mobile app development company should clearly evaluate that they are developing it for the right OS or not.

There is always a war between the two highly competitive mobile operating systems i.e. Android and iOS.

If we consider statistics we will find that Android accounted for more than 80% of smartphone sales worldwide in the year 2017 according to Statista. It also suggests that the graph is expected to rise by 85% in the year 2020.

On the other hand, if we will come to the revenue generated by iOS apps then we will find that the top in the graph as compared to Android apps. According to 9 to 5 Mac, Apple Stores generates twice as much revenue as Google Play Store.

But, does it really means that developing Android app ensures success? Definitely not. The success of an app is however based on the platform you are choosing for it.

But, there are certain norms too that you should consider before finalizing your decision. We are not telling you to select one particular platform, but are assisting you to go with the one that matches with your needs in the best way.

There are many other considerations like target market, app features, users, ease of development, cost, etc. which altogether aids in deciding the best platform for mobile app development.

You might have thought to develop a mobile app for both platforms. But, bear this in mind that doing so you need to spend for both as both of them have different tools, languages, and price too.

So, ultimately and it is going to cost you more. Along with this, there is no guarantee of app success. So, it is better suggested that you first develop an app on one platform, test its performance and then move ahead with another one.

Difference between iOS and Android Features

The development and growth of an app depend on the platform you chose. It is mandatory to learn about the features of both before you come to a final conclusion.

Programming Language: For the development of android app basically Java, Kotlin, Python, C#, and many more other languages are used. Whereas in the case of iOS, apps are created using Xcode IDE with the iOS SDK. Xcode supports multiple programming languages but the one that most new developers will choose is Swift. The language is easy to learn for developers who have experience in C and C++ development.

Development Tool: Android is an open development platform that supports many third-party apps and tools. This hence lets the developers add many features and functionality to the app. iOS, on the other hand, has limited development tools. Few of them are XCode, AppCode, RxSwift, Code Runner and Mockingbird. This, as a result, restricts the developer from experimenting with new things.

Development Time and Cost: Coming to the development time and cost then iOS takes less time as compared to Android because it has low fragmentations and limited devices. Whereas, Android being an open source has many devices for testing and development, therefore, it takes comparatively more time.

App Testing: Android app testing platform has all the necessary testing tools for developers like Appium, Robotium, Selendroid, Magneto, etc. On the other side, iOS Xcode has a limited testing platform like XCTest, XCUITest, KIF, and Bugfender.

App Publishing: iOS has strict guidelines for app publishing. It usually takes a week to approve app on the Apple Store. This is because will test the app for every possible bug and validation. Whereas, in Play Store it usually takes only a few hours for an app to go live after the initial approval process. On the other hand, iOS app takes from 8-10 days for updation.

Timeline: Process of app development is long. The phases start with planning and then designing, development, testing and finally launch. There are different timelines for app development for both platforms.

For instance, approval of app in Apple Store takes longer time than Google Play. If you are thinking to launch your app quickly then Apple is definitely not your choice as the review process is long. Whereas, there is no such bond in the Google Play Store.

Desired Features: A good platform means easy-to-learn, instinctual, supporting collaborative workflows, and smooth handling of endorsement. Authentication, data storage, push notifications, and easy integration with third-party services are the desired features from app development. The developer must work on this before finalizing the platform.

The budget of App: Developing apps for both Android and IOS simultaneously is more expensive than developing an app for one platform. Therefore when there are budget limitations, it is necessary to select the right platform which suits best according to your budget. Time taken to develop an app has a direct connection with the cost. Building an app for IOS consumes less time than android due to the limited tools for development.

Revenue: You would be amazed to know that though the Android users are more than the IOS users still IOS promises more revenue. There is ‘n’ number of reasons for this as stated by Android Authority like:

– Apple users are more likely to make an in-app purchase and spend more on them.

– Apple users pay more for apps as compared to Android users, except in the category of utility apps.

– Shopping apps generate the biggest revenue of all. North America leads in sales.

If we will look at the worldwide gross app revenue of the year 2017 by Ruby Garage then it clearly depicts the faster revenue generation of 35% of App Store as compared to the year 2016.

Pros and Cons of IOS

Pros and Cons of Android

If you are clear about your app goals then you are not going to face any problem in choosing the right platform for app development.

This article is written by sagar

Sagar holds the position of Chief Technology Officer at Credencys Solutions Inc., a mobile app development services provider. He is responsible for all the technical operations, as well as leading the company’s revolutionary offerings. He is helping companies navigate the Digital journey in an Agile environment. Share your app idea at [email protected]
Sagar has two main areas of focus – Technology and Processes.  He has worked in leadership positions in various Fortune 500 companies and has been instrumental in driving success through digital transformation. He is also an enthusiastic Agile Coach 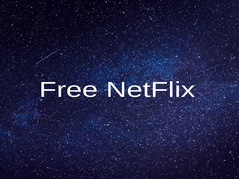